But then I got this screenshot and realized it’s more important that we spend this day reminding others that when you lie about abuse, you hurt the REAL victims. You don’t hurt the guy you are trying to get revenge on, you hurt all those women out there who truly are victims of domestic violence and sexual assault. 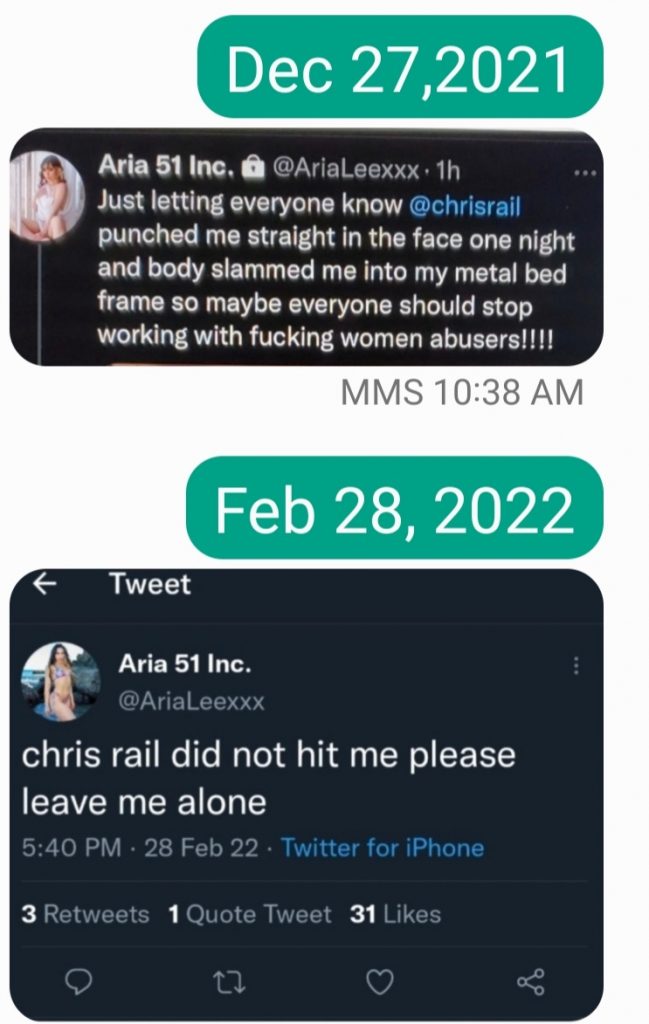 This kind of shit is exactly why so many real victims aren’t believed.

Jessy Jones recently filed a lawsuit after a female performer tried to blackmail him, saying she would make up lies about him and get him blacklisted because he wouldn’t give her a ride home. 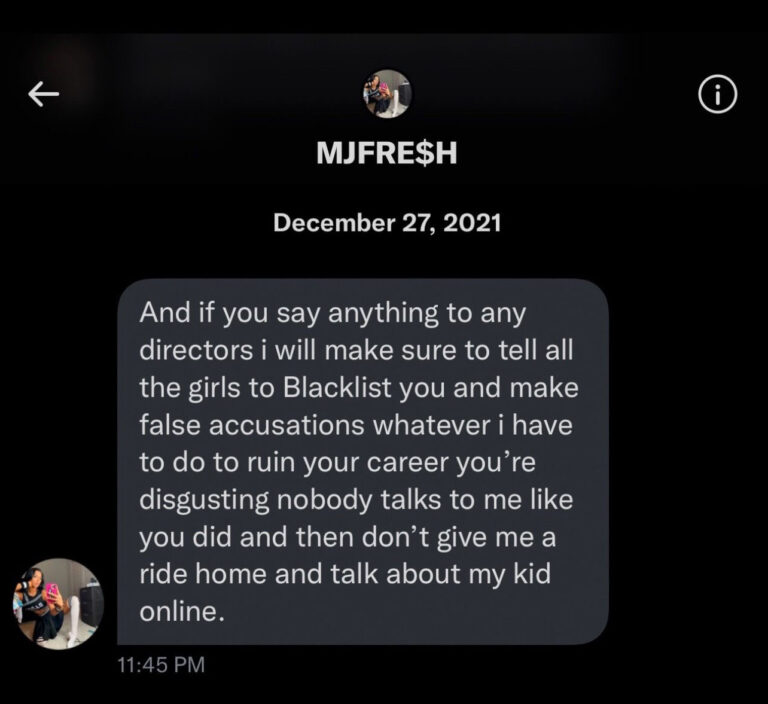 I am not even kidding here. CLICK HERE TO READ THE FULL STORY.

She actually messaged him the threatened (yes, her dumb ass put it in writing), then went to YouTube and made an hour-long video about how he raped her.

It’s true, not all women lie. But to those of you who do – FUCK YOU.

Fuck you and your mom and your sister and your job
And your broke-ass car and that shit you call art
Fuck you and your friends that I’ll never see again
Everybody but your dog, you can all fuck off
I was into you, but I’m over it now
And I was tryin’ to be nice
But nothing’s getting through, so let me spell it out
A-B-C-D-E, F-U

The next time the industry has a real victim, I hope these liars are sitting back watching how many people don’t believe that girl, in part because of their bullshit.

The #metoo movement isn’t about getting revenge on your ex-boyfriend or some guy who wouldn’t take you home. It’s about protecting women against real and genuine atrocities.