Awards season has always been my favorite time of year. Yes, I still must admit sometimes it’s hard to see certain people get recognition knowing that, in reality, they are really pieces of shit.

The very day the world found out August Ames was dead, Jessica Drake was having the time of her life filming her for that next year’s XBIZ awards.

That smile on her face always stuck with me, even years later, I can’t even think of an XBIZ awards show without picturing August Ames’s lifeless body.

I look at this picture of Jessica Drake on the red carpet that year, and all I can think is, damn, you just contributed to the death of a co-worker, and you are all smiles. 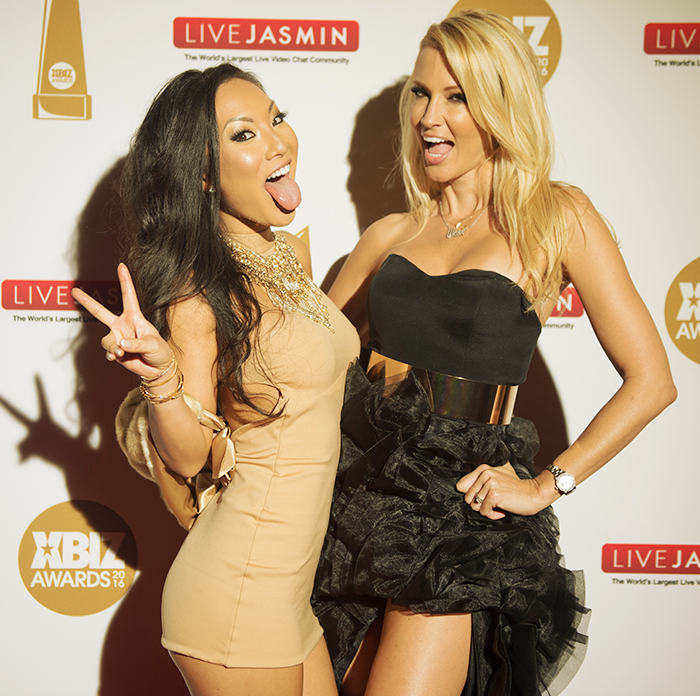 Today she tells the world she was torn up over the death of August Ames, but I just can’t help but say the video of her THAT SHE FILMED THE VERY DAY WE FOUND OUT AUGUST AMES WAS DEAD sort of says everything you need to know about Jessica Drake. I mean, if I knew that I played even a small part in someone killing themselves, I wouldn’t be on a set recording this video with a big fucking smile on my face.

But even worse, Jessica Drake went on to trash August’s marriage in her defense of herself and her own part.

But anyway, I didn’t want to make this whole post about Jessica Drake, as she is not the only one in the industry who is just nothing short of trash.

Today Alex Coal tweeted about an incident she had with a director/talent who got multiple award nominations.

These kinds of stories are not unusual in our industry, and it breaks my heart that we have to keep hearing about them. I mean, it’s hard to figure out a solution because, in the end, what can she do? She went to her agent for help when the guy refused to pay her for the scene, saying that she had to return to finish the scene when she was healed in order to get paid.

As a result of her on-set injuries, she could not work for two weeks.

I don’t know who her agent was at the time but god, I want to bitch slap whoever they are for not having that poor girl’s back.

And instead of talking about this serious violation, she’s scared to even tell who she is talking about out of fear that she’ll be punished for speaking out.

Nobody in the industry was there for her. Not her agent. Not the Free Speech Coalition.

But you know what? Apparently, this person did get nominated for a few awards this year.

And guess what? Jessica Drake got nominated for an award this year as well. Even worse, Bree Mills got 4 AVN award nominations. She’ll probably get quite a few XBIZ award noms as well.

I’m happy to say Jimmy Lifestyles didn’t get any away nominations this year from AVN, but XBIZ hasn’t made their nominations public yet, so who knows?

What can be done?

I don’t know what the answer is. Someone once made an anonymous website where girls could report incidents they had on set. The person who created it and her boyfriend (husband?) apparently got sued for doing it.

So what can girls do when they are abused? It’s clear their agents won’t do anything.

A girl was held at gunpoint for 45 minutes on a Gamma set. Her agent sure the fuck didn’t do anything about it.

Emma Hix was sexually assaulted on set. Her agent did nothing. Luckily she had a recording to prove what happened to her. But even then, nothing really happened.

Honey Gold was assaulted on set. Her agent? Porn’s so-called “super agent” did NOTHING to help her. She ended up having a mental breakdown over the assault and had to be hospitalized.

Donny Sins got high and broke into someone’s place, beat a woman up, tried to kill others, and terrorized the manager of his apartment complex and her two-year-old daughter. Yes, he was arrested. Yes, there are multiple police reports. Did anyone do anything? No. He still works all the time, and he, too, got an award nomination this year.

I think about my friend Olivia who is now dead. Her “friend” pill shamed her for taking her mental health medications. As a result, Olivia stopped taking those pills, and well, now she’s dead. That “friend” also got an award nomination this year. Olivia is dead in large part to her. Had she not pill-shamed Olivia, she might very well be here with us today.

Does anything ever happen? No, it doesn’t.

I try and speak out about these on-set abuses, but you know what one of the studio heads said about me? “She just likes drama.” Did he address any of the issues presented to him? Not a single one.

I just know that while I love award season, sometimes it’s hard to see really shitty people get recognition.

I will say this, though, with certainty, there are far more good people in our industry than there are people like Bree Mills or Jessica Drake. And for that, I’m happy to help each and every one of them in any way that I can.

So if you are an adult performer who ever finds themself in a situation, my door is always open. I may not have all the answers, but sometimes I can help or just be an ear to listen.