Last night Siri Dahl posted a message on IG explaining that her Twitter account has been suspended. I share this information with you, not to shame Siri Dahl but to use this as a learning experience so that you too won’t make her mistake. First, this is her message ….

I am ✨suspended✨on Twitter for wearing a bikini and tall boots in my profile photo. 🤦🏻‍♀️
⠀⠀⠀⠀⠀⠀⠀⠀⠀
I’m appealing the suspension rather than deleting the photo (which is an admission of guilt), so I won’t have Twitter access for a few days, until they review my appeal. I know the photo is within guidelines, so it should be fine in the end. I gained a ton of new followers last week, so I’m sure that there was some mass reporting of my account, which always happens with new growth bc the antis looooooove getting 🌽 stars banned from social media. They really do think they’re doing the Lord’s Work. 😂

As you’ll notice in her message, she doesn’t seem to understand what she did wrong. She even goes on to say that the photo is within guidelines.

The thing of it is, I don’t think they nailed her for her avatar. I think they probably nailed her because she’s promoting a pornographic website in her header image. 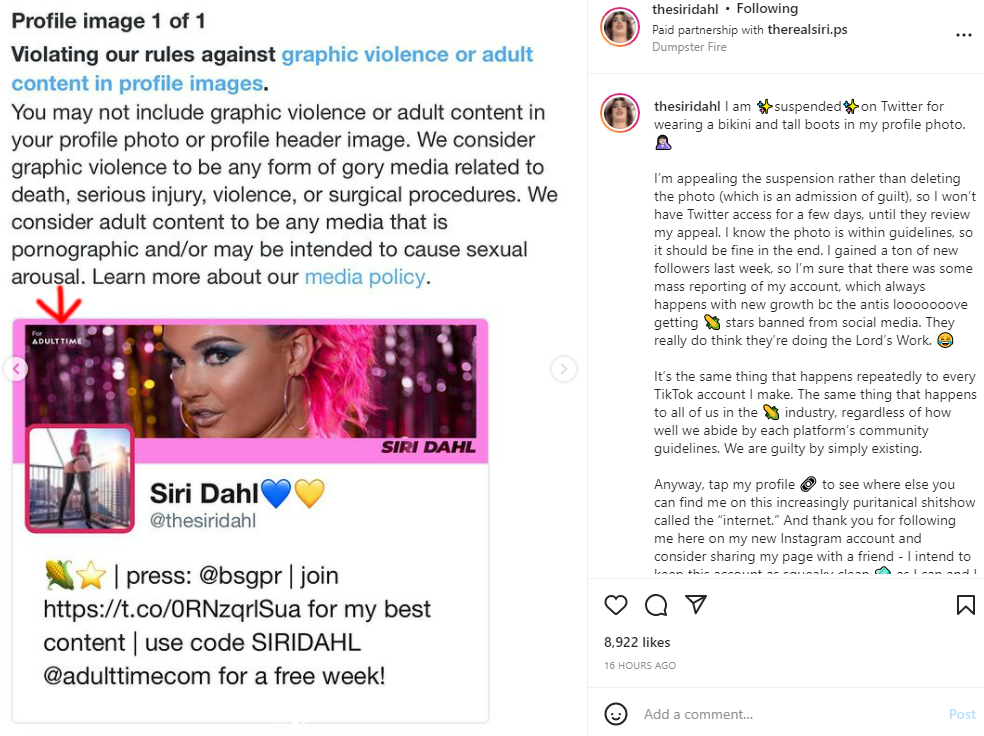 Ironically I just posted on March 1st, about Twitter rules. Now might be a good time to review those rules. Twitter doesn’t have many rules but the few they do have, they take seriously.