Someone recently asked me why I put out books and make posts like these sharing information about how to make money with OnlyFans? “Those who can’t do, teach,” the guy said as if me helping you was a bad thing.

So the person who sent me the screenshots about the horrible things that someone was saying about me, I stopped him right there and said listen I appreciate your letting me know some random is talking shit about me, but ask yourself this … what has that person ever really done to help anyone in the industry?

I mean does it really matter what some low-end loser says about me knowing they haven’t really done anything themselves to help people in our industry?

It doesn’t matter. I enjoy helping people. I enjoy finding out new information and sharing it with a girl who can then use that information to make more money. I mean what is possibly better than that?

If some random guy wants to talk shit about me, saying “those who can’t do, teach,” and it makes him feel better to try and put me down — more power to him. I however see me trying to share information with other girls in our industry as a great thing and I’m proud of it.

I love you guys and I love that I can help you make more money! 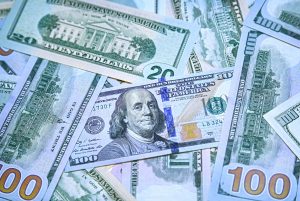 Now let’s talk about making you some money and well specifically today it’s about OnlyFans.

Last year OnlyFans changed the company they process credit cards through for adult content creators. All of a sudden some people began to have trouble. They could no longer tip their favorite girl on OnlyFans or buy their unlocked content. 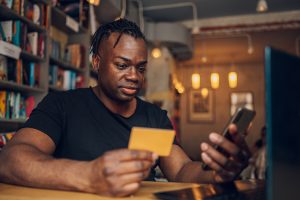 This is a common complaint for adult content creators and nobody can seem to figure out what the problem is. Some people call their banks and their banks assure them the problem isn’t on their end and that no transaction even attempted to go through. Some people spend countless hours going through the rabbit hole of trying to speak to the fraud department at their banks – all to never figure it out.

As many have pointed out, now charges from OnlyFans will appear on your credit card as saying something like “CCBill .com *Fenix Int”

This is the real answer as to why some of your fans are having trouble using their credit card on OnlyFans now. Suddenly they can no longer tip you or unlock the content you send them via DMs. But do you know why?

This is a big deal because chargebacks can be costly. Not only do you have to give their money back but Visa and Mastercard will nail you with a $35 fee for getting the chargeback in the first place. Now not only did you lose the money you made from that guy but he cost you an additional $35! This, times hundreds or even tens of thousands of chargebacks can really kill a business.

Companies like CCBill who process payments for tens of thousands of merchants started making a list of people who have ever done a chargeback from the bank or even just gotten a refund from a website. This was the naughty list and anyone on this list could no longer get their credit card approved from any of the companies they process credit cards for.

This helped to cut down on fraud significantly because the theory is, if they attempted to do a chargeback from another company in the past, who is to say they won’t do the same to you?

It’s all about reducing the chance of fraud.

This list is massive and there are a few other ways to get on the naughty list and I’m not even sure, to be honest, what those things are. It’s a closely guarded secret but it’s rumored that as much as 10% of all attempted transactions get declined because they are on the naughty list for one reason or another.

So the real question is, what can your fans/subscribers do if their credit cards keep getting rejected on OnyFans for some reason? Well, the short answer is, that they can simply contact CCBill support for help. Not OnlyFans but CCBill directly by going to ccbill.com/support/consumer.

There is a chance they were placed on the list accidentally, or maybe the reason they got on the list was something as simple as their address not matching up with the post office database in the same way they typed it. Who knows, it’s hard to say all the crazy ways you can get on the list.

I know one guy was on the list because his address was one city name, but the post office database that the credit card company used showed a different town name altogether. It was like the little town changed its name 50 years ago but the post office database listed it differently. Something crazy like that. This was a red flag for the credit card company and got him on the naughty list, even though he personally never did anything wrong.

So if you have a guy tell you that his credit card isn’t working on OnlyFans suggest that he contacts CCBill directly and see if they can help him figure it out.

If the guy is telling you the truth and there really is a problem with his credit card then they’ll be able to help him out. Just send him over to CCbill.com and work it out.